End of 2020 Season Operations on the Rideau Canal; Lowering of Water Levels across the System 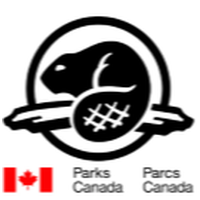 End of 2020 Season Operations on the Rideau Canal; Lowering of Water Levels across the System

Parks Canada is advising the public that the Rideau Canal’s 24 lockstations located between Ottawa and Kingston will close for the season on October 12th, 2020 at 5 pm, following the Thanksgiving long weekend.

Parks Canada encourages the public to use caution in and around canal structures and channels over the winter months. From mid-October to the end of May, the canal’s lock stations are closed and use of the canal is at one’s own risk. Unmarked hazards may exist. Wet leaves, ice, and snow may remain on stairs and walkways, and ice conditions on the waterway can vary. Boaters are advised that during the non-navigation season, aids to navigation may be missing, off-station, or inoperable until next spring.

· Water levels will be decreased in the sections below Hog's Back, including Dow's Lake, beginning Monday, October 12th, 2020 at 5 pm and will remain at their lowest level until mid-November, after which the water level will then be raised approximately one metre between Hartwells and Ottawa lockstations to prepare for the Skateway.

· Water levels will be lowered between Hog's Back to Black Rapids beginning Tuesday, October 13th, 2020.

· Water levels will be lowered between Clowes to Merrickville beginning Friday, October 30th, 2020.

We would like to thank all visitors and look forward to welcoming you again in 2021. Lockage and mooring permits for 2021 will soon be available for purchase on the Parks Canada website.